AIS (or Automatic Identification System A or B ) is a international transponder system for ships intending to increase the safety at sea world wide.

It operates in the VHF band. The two frequencies used worldwide are 161.975 and 162.025 MHz (channels 87B and 88B, or AIS1 and AIS2). The signal is transmitted via external VHF antenna and has the reach of normal VHF signal in line of sight.

An AIS transmitter regularly transmits the ship's position, heading, speed and MMSI (the unique maritime identification number). This data is received by ships in the vicinity or land stations.

The data can be plotted automatically on a digital map or radar screen. Several computer programs have been created for use with AIS data.

Some programs such as ShipPlotter and Gnuais use a computer to  demodulate the raw audio from a modified  marine VHF radiotelephone, tuned to the AIS frequencies.

The data can be displayed with charting programs as OpenCPN which is a Chart-plotter and GPS Navigation Software.

This would allow the land base office to keep track of each of their ships, their speed and location and estimated time of arrival at the dock, as well as the possibility of keeping a watchful eye over them in case they come of course.

Till recently AIS equipment was cost-prohibitive for smaller companies and did not reach its recognition but stayed in service for the big commercial fleet.

The USCG has officially published its Final Rule for the extension of carriage requirements for AIS transceivers on commercial boats operating in US waters.
The USCG AIS Rule comes into effect on 2nd March 2015 and requires all those affected to have fitted the correct type of USCG certified AIS transceiver no later than 2nd February 2016.
Within the Ruling the USCG also requires that all AIS transceivers are correctly programmed and installed in accordance with their guidelines or face the possibility of a $40,000 fine.

The conditions of the rule are summarised in the below USCG AIS Final Rule Summary Table. 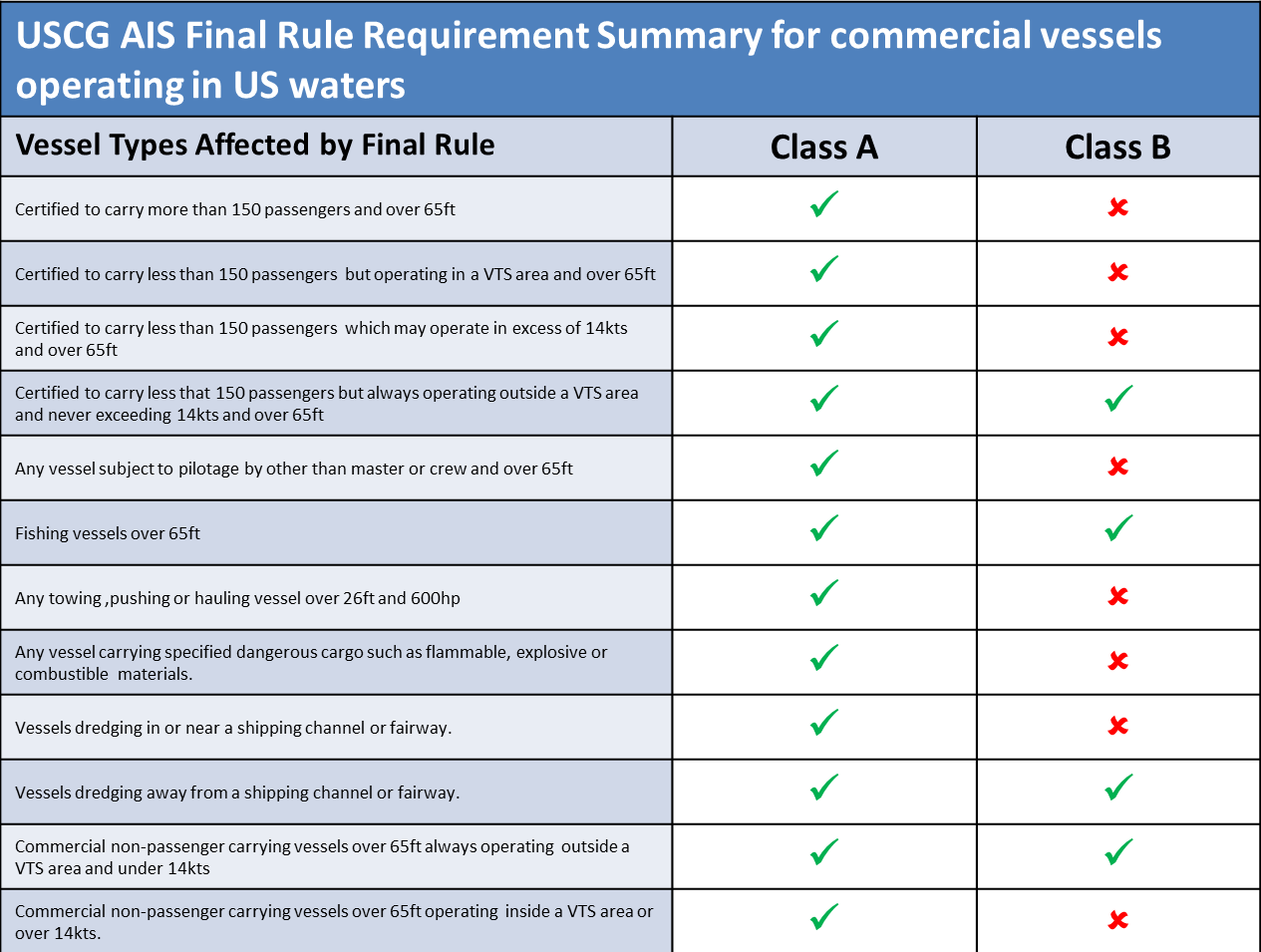 The GPA-33 is a 4.3" color LCD display AIS B transponder combo with GPS navigator in a small form factor like the Furuno GP-33 GPS it can be top mounted or flush mounted.

With a price of approximately 500,- per unit it should allow even small charter companies to equip their fleet. 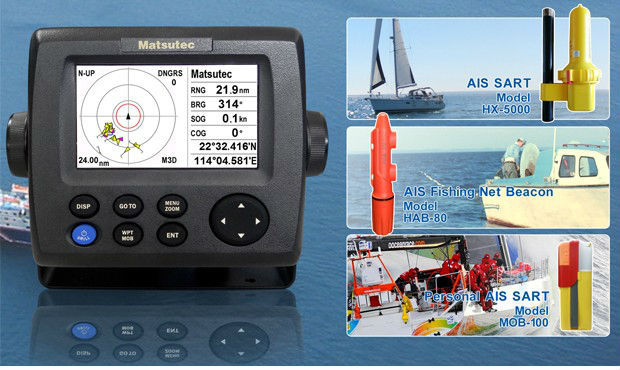 At the base office you can either buy your own MarineGadget Radar - AIS Receiver or partner with http://www.vesseltracker.com/en/Home.html and use your existing infrastructure to build the worlds AIS tracking system

In relation to the issue of freely available automatic identification system (AIS)-generated ship data on the world-wide web, the publication on the world-wide web or elsewhere of AIS data transmitted by ships could be detrimental to the safety and security of ships and port facilities and was undermining the efforts of the Organization and its Member States to enhance the safety of navigation and security in the international maritime transport sector.

The softwear from OpenCPN is free of charge as are the NOA charts for your area.

Ship Station License from the FCC

Class A AIS :
Vessel-mounted AIS transceiver (transmit and receive) which operates using self-organised time-division multiple-access (SOTDMA). Targeted at large commercial vessels, SOTDMA requires a transceiver to maintain a constantly updated slot map in its memory such that it has prior knowledge of slots which are available for it to transmit. SOTDMA transceivers will then pre-announce their transmission, effectively reserving their transmit slot. SOTDMA transmissions are therefore prioritised within the AIS system. This is achieved through 2 receivers in continuous operation. Class A's must have an integrated display, transmit at 12 W, interface capability with multiple ship systems, and offer a sophisticated selection of features and functions. Default transmit rate is every few seconds. AIS Class A type compliant devices receive all types of AIS messages.

Class B AIS:
Vessel-mounted AIS transceiver (transmit and receive) which operates using either carrier-sense time-division multiple-access (CSTDMA)or SOTDMA; there are now 2 separate IMO specifications for Class B. Aimed at lighter commercial and leisure markets. CSTDMA transceivers listen to the slot map immediately prior to transmitting and seek a slot where the 'noise' in the slot is the same or similar to background noise, thereby indicating that the slot is not being used by another AIS device. Class Bs transmit at 2 W and are not required to have an integrated display: Class Bs can be connected to most display systems where the received messages will be displayed in lists or overlaid on charts. Default transmit rate is normally every 30 seconds, but this can be varied according to vessel speed or instructions from base stations. The Class B type standard requires integrated GPS and certain LED indicators. Class B equipment receives all types of AIS messages.

4. Low cost, reduced size and easy installation make the HP-33A ideal to meet your budgets and demands of owners and vessel operators

4. Dedicated Man Over Board Button (MOB)